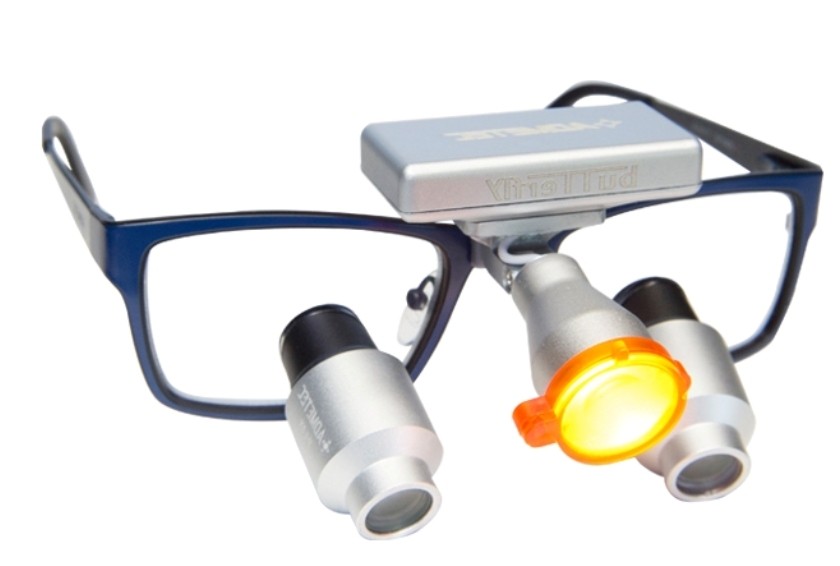 Many surgeries and dental procedures now use LED lights as a significant lighting source. With the majority of dental practitioners relying on LED dental lights as their primary source of illumination, the profession today is heavily reliant on LED lighting. Physicians may be more concerned with pricing, brand, and beam quality, including uniformity, brightness, and colour temperature of the light when considering an LED headlight. Beam quality, colour accuracy, user comfort, and eye safety impact colour temperature, yet the effect is rarely discussed.

When utilized for dental illumination, LED headlights should exhibit two important features. The first necessity is to correctly depict the colour of objects such as teeth and tissues. Reducing the danger of exposure to blue light is the second major necessity.

Blue light hazard functions are located directly below the blue light spectral band. Although eyes have a strong defence system against the Sun's UV and visible light, they are vulnerable to blue light because they are not sensitive to blue light.

The second most important step to get great picture quality with consistent colour and contrast is that the light beams should be continuous and uniform. To produce consistent beams for medical applications, SurgiTel created the true colour beam-forming optical technology, which retains the beam pattern over a large range of operating distances. Beam-forming optics should use full-colour beam-form technology if beam colour is not as important as brightness.

The brightness of the beam may be taken into consideration, as well. To find out what great lighting is, let us start with the basics. Most people assume that the brightest light is the best. However, excessive illumination is problematic since the eyes' pupil can't attain a steady state of brightness on the retina due to the pupil changing size. This lighting is extremely bright, and so the subtleties of the goods will be lost. When exposed to intense light, the human eye's iris may alter the size of the pupil between 1mm and 2mm. Under high light, the pupil is around 1mm in diameter. It grows to 8mm in total darkness. You can tell the difference in brightness between two lights side by side. Still, you will not tell the difference in brightness if you only look at the lights individually. Your eyes' iris will adjust the amount of light that reaches the retina to optimize your image while also controlling the brightness.

If the light makes your eyes feel dazzling, the illumination is inadequate. Even when this is considered, the eyes' ability to discern a wide range of brightness levels is acceptable. An LED headlamp's brightness is not the first consideration when picking a dental LED headlight because most dental LED headlights reach the necessary brightness. 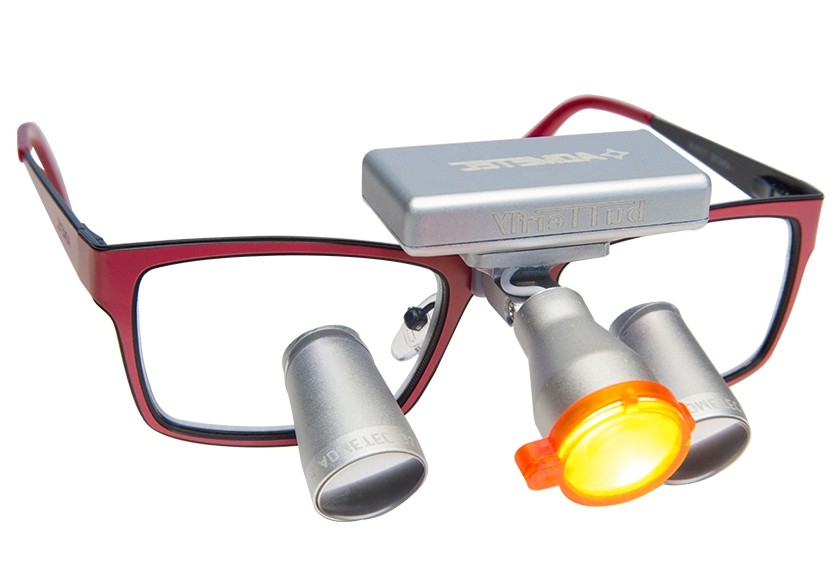 How should you go about it when selecting the proper LED headlight for maximum visibility and eye safety?

The design of the beam-forming optics used to create the light substantially influences the colour temperature of LED light beams. While most LED lights utilize basic optics that are non-chromatic and emit changing colour and quality beams based on the distance from the source to the viewer, only a small percentage of these lights use optical systems that include multi-layered designs. These LED headlight designs include advanced achromatic optics. By combining all wavelengths equally in the beam region, "hot spots" are removed, and colours are brought closer together. Regardless of how far the LED is aimed, the colour and quality of the achromatic LED beam are of the same high and constant quality.

Neutral Type LED is best for colour accuracy because of its achromatic optics, giving it the spectrum's most even distribution. As a consequence, it produces the most lifelike colours while ensuring the highest degree of eye safety. The user will find it enjoyable to simply look at the LED variety for extended periods of time.

Excessive blue light may be harmful to the retina of certain people. Retinal burning, together with the risk of developing early-onset macular degeneration, are involved. We can stay safe because of our reflexes, which allow our eyes' iris to shield us from the hazards. Sometimes, even when our pupil has the minimum diameter, we squint and narrow the aperture even further to restrict the amount of light that comes in. It's easy to stare at the Sun, as the example mentioned above demonstrates. Although we know this is a bad choice, our iris gets smaller, and we squint. According to current studies, these instincts are highly helpful to our eye health.

Our eyes can absorb ultraviolet light, yet they are insensitive to blue light. For example, an example of an LED beam is the photopic response curve of the eyes and the spectral distribution. The retina in our eyes cannot filter out the blue band of the LED headlights when we look at them. For the users of Cool Type II and Cool Type III LED headlights, the strong blue light will allow them to see better for longer periods of time.

With increasing recognition of the risks of blue light hazards, new technologies are being created to protect us from them. Because of the inability of our eyes to properly process the blue LED light emitted by smartphones and laptops, many of these devices have shifted to a more neutral type of colour scheme at night. When the screens are most likely to be the primary source of light, our pupils cannot adapt because of this. These practitioners already know about the hazards of blue light since they use protective eyewear while carrying out their treatments. The intensity of the blue light emitted by an LED headlight is less, but it will ultimately lead to the same end results in the long term.

If you have a different type of LED dental loupe, what do you do?

Best overall for eye safety is a Neutral Type LED light, with a Type I Cool LED light being second. In this circumstance, it is impossible to assess the degree of coolness of the LED beam. For the maximum impact, use an existing LED headlight with a neutral spectrum and balanced colour temperature in combination with a true colour-neutral LED headlamp.